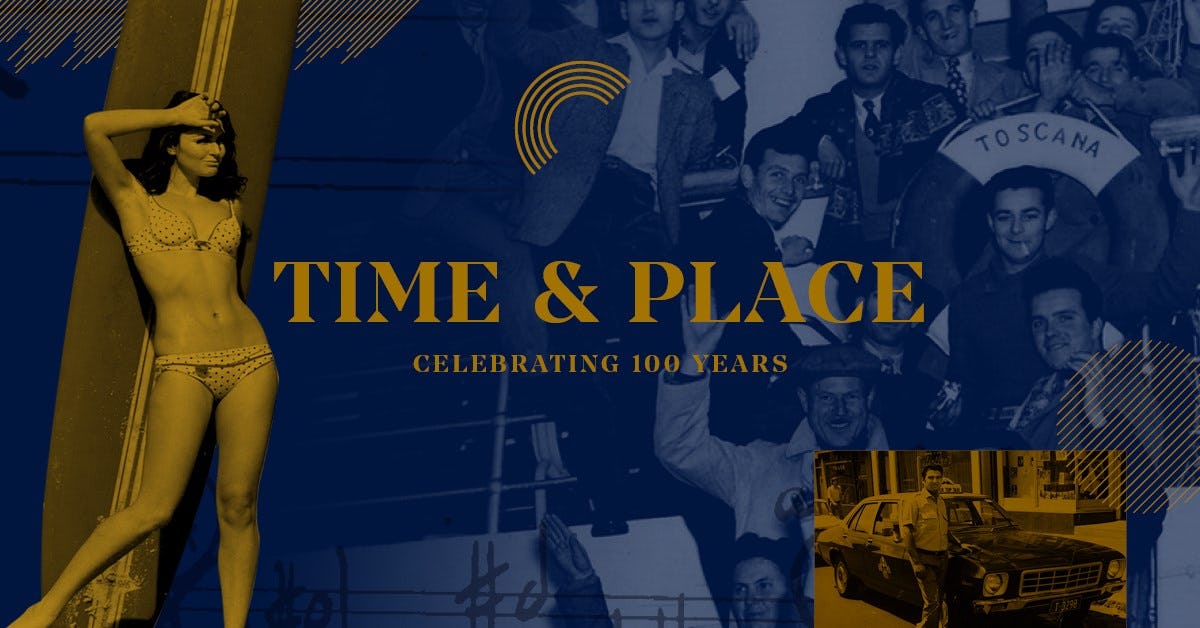 On September 9, 1920, members of the newly formed Hurlstone Park Choral Society came together for their first performance at Randwick Hospital. This auspicious event would set them on the course to become Australia's leading choral performing arts company and a key player in establishing Sydney as an internationally renowned cultural centre.

Set to live stream via Facebook at 7.30pm Wednesday September 9, 2020, the 45-minute presentation will include the world premiere of a newly commissioned work from acclaimed Australian composer Elena Kats-Chernin AO, Human Waves.

Kats-Chernin says Human Waves is one of the larger and more complex works that she has created in her composing career: a major composition for choir and orchestra reflecting on the rich legacy of Australia's migrant history.

"Sydney Philharmonia's Artistic Director Brett Weymark had a vision for a large work to be centred around the tapestry of our mixed community: an exploration and celebration of Australia's diversity and how the fusion of cultures and traditions has enriched our society and taught us tolerance, thoughtfulness and gratefulness."

"He came up with the title Human Waves which I loved from the beginning," she comments. "It can mean so many things: a warm wave of welcome; the waves of the ocean - bringing so many migrants by boat; the waves people make when they change society."

For Human Waves Kats-Chernin worked collaboratively with librettist Tamara-Anna Cislowska, exploring the stories of real-life migrants from different cultural backgrounds, their first impressions of Australia and unique experiences of our community.

Having migrated from Russia herself in the 1970s, Kats-Chernin says she vividly remembers arriving in Sydney, how amazed she was at the "unfamiliar sights, tastes, manner of speaking and rituals."

The tales they discovered are incorporated into the nine unique movements that make up the composition, capturing the affection, humour and wonder embedded in our collective Australian history.

"There are many components to a score for such a big choir and orchestra and we worked for many months on each movement: creating the orchestral colours, rhythms and textures needed to capture each story, and the characters' emotions," Kats-Chernin concludes.

Originally commissioned as part of Sydney Philharmonia Choirs' centenary program, Human Waves should have been debuted live at A Centenary Celebration: a major concert presentation scheduled for June 2020. When Australia's live performing arts industry was shut down by the current pandemic, planning turned to the creation of a digital experience and enduring record to honour the Choirs' 100 years of music making and enable Human Waves to be shared with the global community.

For Sydney Philharmonia, creating a streamable digital production of this scale was new, yet required deep production experience. Bravely facing the creative and technical limitations brought by Covid-19, TEN ALPHAS Co-Founder and Creative Director Jess Milne set to work on an adapted scenario:

First a master track of Human Waves was recorded in studio. Featuring a pared-down choir and, in place of full orchestra, Elena Kats-Chernin and Tamara-Anna Cislowska on piano, with Jess Ciampi on percussion.

Then, an invitation was sent. Sydney Philharmonia Choirs' singers, along with past performers, were invited to be part of the world premiere Human Waves digital performance. An incredible 212 signed up, including singers in the US, London, Dublin, Edinburgh, Amsterdam, Finland, Switzerland, Greece and Beijing.

Over the following months the singers took part in 78 hours of live Zoom rehearsals for a Human Waves recording, led by the Choirs' music staff.

Next, the home videos. In studios, living rooms and bedrooms around the world, 212 choristers filmed themselves singing. 741 selfie videos were submitted for inclusion in the final sound mix and video presentation.

This deeply moving work, sung in local Gadigal language, was also commissioned as part of Sydney Philharmonia's Centenary year celebrations, and first performed at their Dawn Chorus concert on the steps of the Sydney Opera House in January this year. A choral Acknowledgment of Country, featuring words by Matthew Doyle, the piece was commissioned to open all of Sydney Philharmonia Choirs' concerts in 2020.

To enrich the world premiere performance of Human Waves, the work is interspersed with interviews with composer Elena Kats-Chernin and librettist Tamara-Anna Cislowska, in which they share many of the stories behind the music.

""I am incredibly proud that, even in the midst of a pandemic, Sydney Philharmonia Choirs has produced something of real lasting joy and worth that not only honours our 100 years of music making but also shows us adapting to change and embracing whatever it takes to share passion with an audience."

"Human Waves was an idea I had around trying to explore the stories of those who had arrived on our shores post 1788, bringing their stories, culture and traditions and enriching the fabric of society for everyone. These are narratives that are rarely touched on in any art form let alone choral music.

"Having commissioned Elena many years ago I knew she would create a work with the right tone, that would be instantly popular with both audiences and choristers. Bringing in Tamara, who researched and wrote the beautiful libretto was a crown to these plans. To have them both in the studio performing the work they created is something I will remember for a very long time. Human Waves is an overwhelmingly positive piece, in a time when we are all looking for some light on the horizon," he finishes.

"It has been a great honour for TEN ALPHAS to work with the Sydney Philharmonia Choirs' team on Time and Place, the recording of Human Waves, and the upcoming launch event on September 9," said co-founder Nick Bolton. "Seeing Elena, Tamara, Jess, Brett and the singers perform Human Waves in the flesh at Trackdown was truly inspiring. These are talented artists at the top of their game. We wish the Choirs continued success for the next 100 years and beyond, for a long and fruitful future".

TEN ALPHAS have engaged live streaming experts Corrivium to deliver the live stream though Facebook. Grab a glass and join the celebration, 7.30pm, Wednesday September 9, 2020. Register for free at facebook.com/events/342511960118028/.

Time and Place has been made possible through the generous support of Sydney Philharmonia donors from the Centenary Circle.

Established in 1920 to celebrate and share the joy of singing, Sydney Philharmonia Choirs is celebrating 100 years of music making in 2020, sydneyphilharmonia.com.au/.

Prev Article
View All
Next Article